A native of Bulgaria, Peter is an accomplished choreographer, dance teacher and performer. Founder of Ludo Mlado in 2002, his goal is to make Bulgarian folk dance and music accessible to a wider audience.
Prior to his departure for the US, Peter was dancing professionally with “Rodopa” State Folk Dance Ensemble. Since the age of seven he has danced with numerous school ensembles many of which won outstanding awards in city-wide and national-international competitions.

Since arriving in USA in 1993, Peter has taught many classes and workshops throughout the United States. His first major appearance as a choreographer and dancer in USA was in 1994 during the opening ceremony of soccer’s World Cup with Chicago- based folk dance group “Balkanski Igre” representing his native country, Bulgaria. From 1994 to present, Peter and his groups have participated in a wide range of dance festivals throughout the United States.

Marieta Mircheva has been a co-choreographer and performer of “Ludo Mlado“ dance ensemble since 2004. Marieta is a Bulgarian native who has been dancing and performing since the age of 8. By the age of 13, she had over one hundred performances and several European dance tours as a member of Folk Dance Ensemble “Zdravets”. In 1998, Marieta graduated from the National School of Dance Art in Sofia, Bulgaria with a major in Bulgarian Folk Dances. After her graduation she moved to the US and joined the Balkan Dance Classes led by Peter Petrov. In 2001, Marieta founded the first performing Bulgarian folk dance formation “The Roses”, which group later affiliated with ensemble Ludo Mlado. Marieta is thrilled to be part of Ludo Mlado and to have the opportunity to dance with such talented and fun individuals. 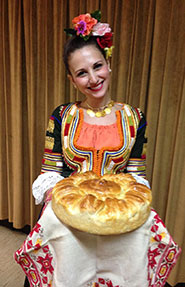 Neli has the passion for Bulgarian folk dance since she was a little girl. Following her sisters footsteps, she joined dance ensemble “Zdravets” in Sofia, Bulgaria at the age of 9. When Neli moved to Boston, she became a member of the performing dance formation “The Roses”. In 2004 she joined Ludo Mlado dance ensemble and has performed with the ensemble ever since. Neli enjoys following the spirit and the energy of the Bulgarian tradition and learning about the different aspects of the beautiful Bulgarian culture. 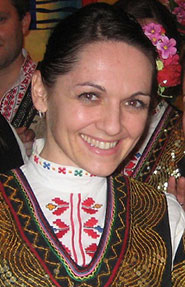 Daniela Stoudenkova grew up in a small town in Western Bulgaria . She had no prior experience with Bulgarian Folklore dancing but has always had a passion for it. Her first exposure to the beauty and magic of Bulgarian dances was at the dancing classes lead by Pepi Petrov. In 2011 she joined ensemble Ludo Mlado and has been an active member since. 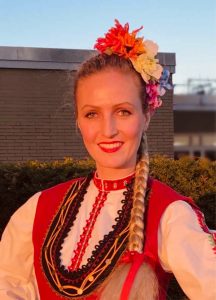 Petya Milanova has always been fascinated by the beauty of Bulgarian folk dance, choreography, and costumes. She started dancing at the age of 8 and has been performing in her hometown Elena for seven years. After moving to Boston, thanks to Pepi Petrov and “Ludo Mlado”, she rediscovered her passion for Bulgarian music and folklore. Petya joined the ensemble in 2014 and has been devoted to dance ever since. 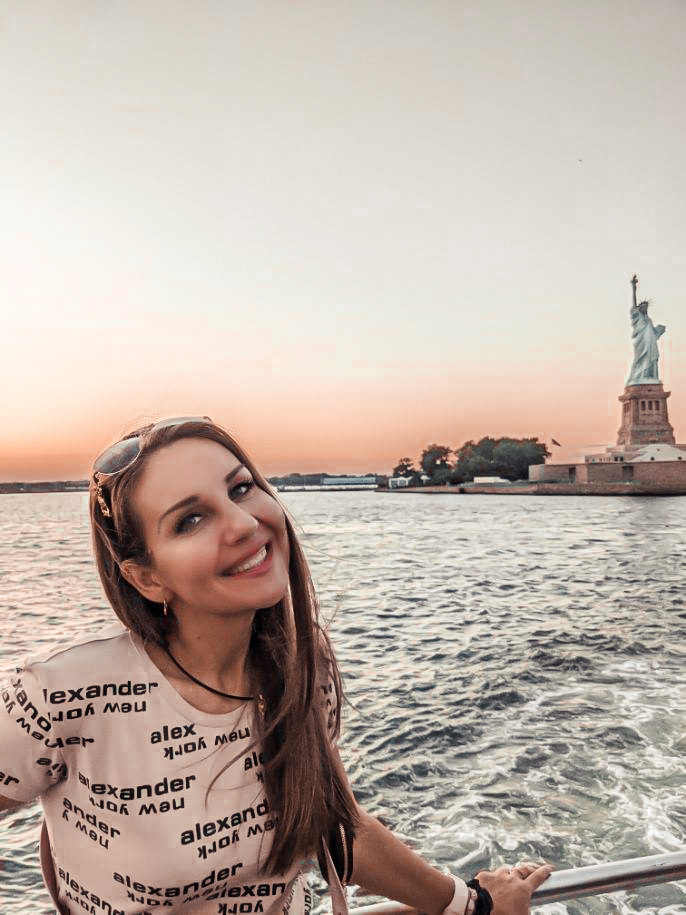 Radina practiced various dance styles while growing up in Bulgaria. However, it wasn’t until living away from home, when she became passionate about exploring the Bulgarian folklore. She was first introduced to the magic of Bulgarian dance by Pepi Petrov and joined Ludo Mlado in 2012. 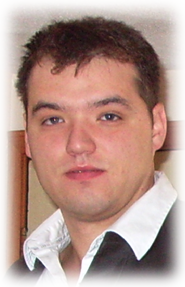 Rostislav is born in Bulgaria and developed his passion for traditional dancing while still in his home country. Upon his move to Boston he found out about Ludo Mlado and became a member and a very active advocate of the group within months. 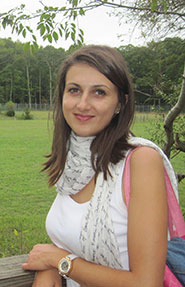 Svetla Marachenska (Petkova) grew up in a small town called Pravets, located in the Balkan mountain. She had no experience in Folklore dancing when she came to Boston but deep in her heart she had a strong passion for it. She found out about the ensemble Ludo Mlado from its choreographer, Pepi Petrov and decided to join the dance group in the spring of 2014. Since then she is an active member of the ensemble and continues to spread the fascinating myths and legends through folklore dancing. 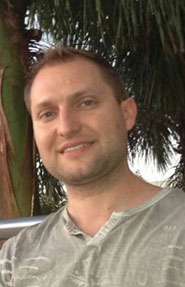 Petar Ivanov grew up in Bulgaria. He always has been fascinated with the variety and dynamic of the Bulgarian folk music and dance. It was until he started training with Pepi Petrov when he realized that folklore dance carries more than just positive emotions – it’s a way to inspire and tell a genuine story at the same time. He joined Ludo Mlado in the Fall of 2012.

Elena Belin is an art teacher and artist that gets inspiration for her work from the rich Bulgarian folklore and culture. Growing up in Bulgaria she learned a lot of folk songs and she likes to sing them. While living in California, Elena become a member of Zhena Folk Chorus and sang with them for 2 years, but she didn’t have prior dance experience before moving to Boston. In 2005 she tried the Folk dance classes led by Pepi Petrov and there she learned her first dance steps. She joined Ludo Mlado in the Fall of 2019, but she had to wait another 2 years for her first stage performance due to the Covid’19 Pandemic. 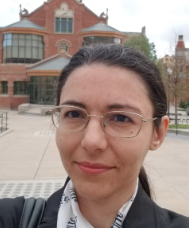 Zlatka Shishkova grew up in Bulgaria and as a kid loved every opportunity to join a folk dance at a sabor, wedding, or another occasion. After moving to the US and in particular the Boston area in 1999, she attended lessons from a number of Balkan folk dancing groups, including ones led by Marieta Mircheva and by Peter Petrov, before finally joining Ludo Mlado in 2022. Ella, 14, is the youngest and first American-born Bulgarian to join Ludo Mlado! She was introduced to Balkan music and dance at an early age and joined the Bulgarian Children’s Ensamble “7/8ths”, led by Marieta Mircheva, when she was 10. A couple of years later, she started the weekly line dancing led by Peter Petrov before joining Ludo Mlado in 2022. 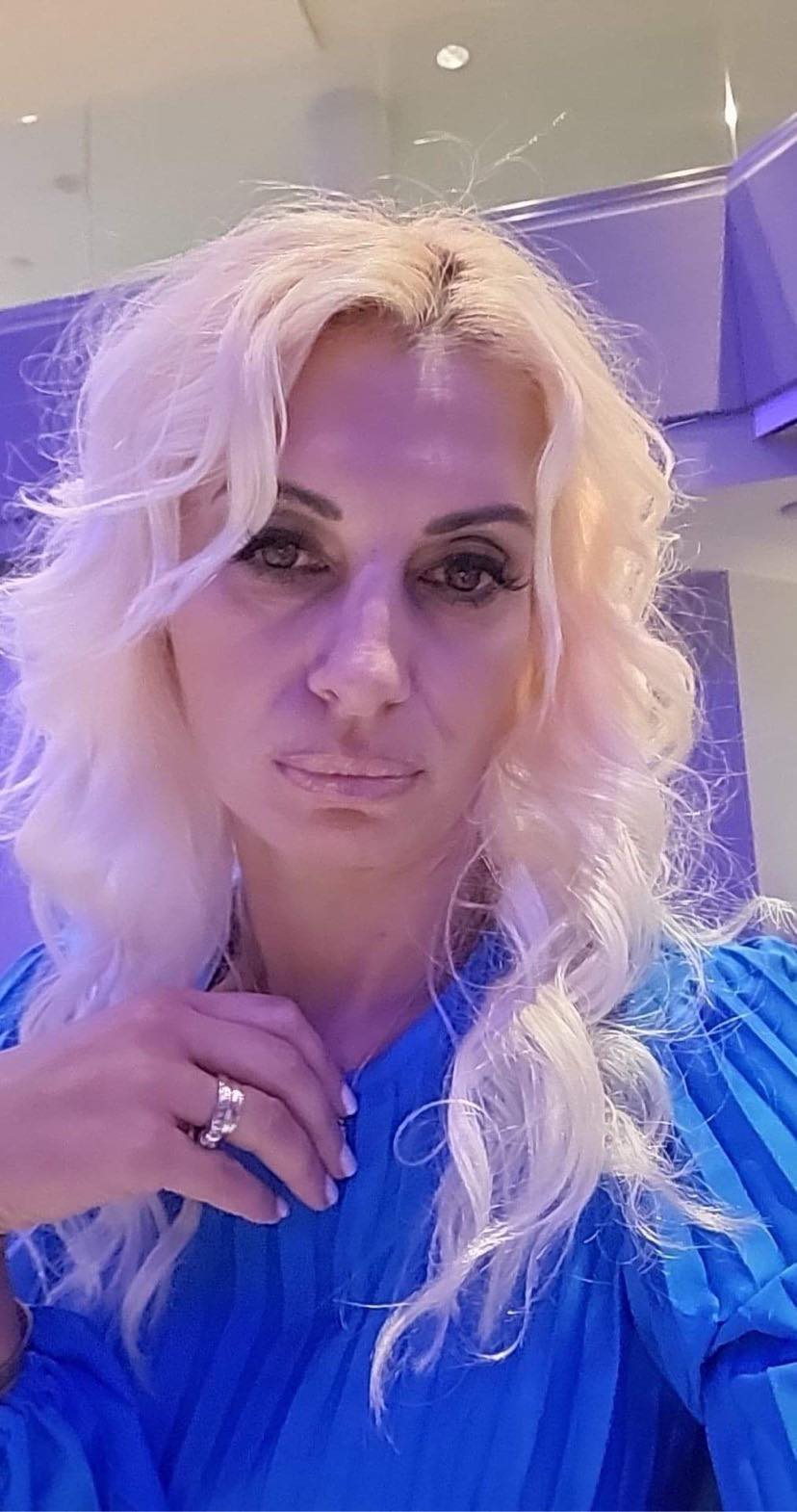 Teddy grew up in Ezkar losif village in Bulgaria. Her parents exposed her to the rich traditions of Bulgarian folklore where she learned a deep appreciation of Bulgarian culture. She has always been passionate about Bulgarian Dance, and when she was presented with a chance to join Ludo Mlado, she seized the opportunity and has been dancing with them since 2017. 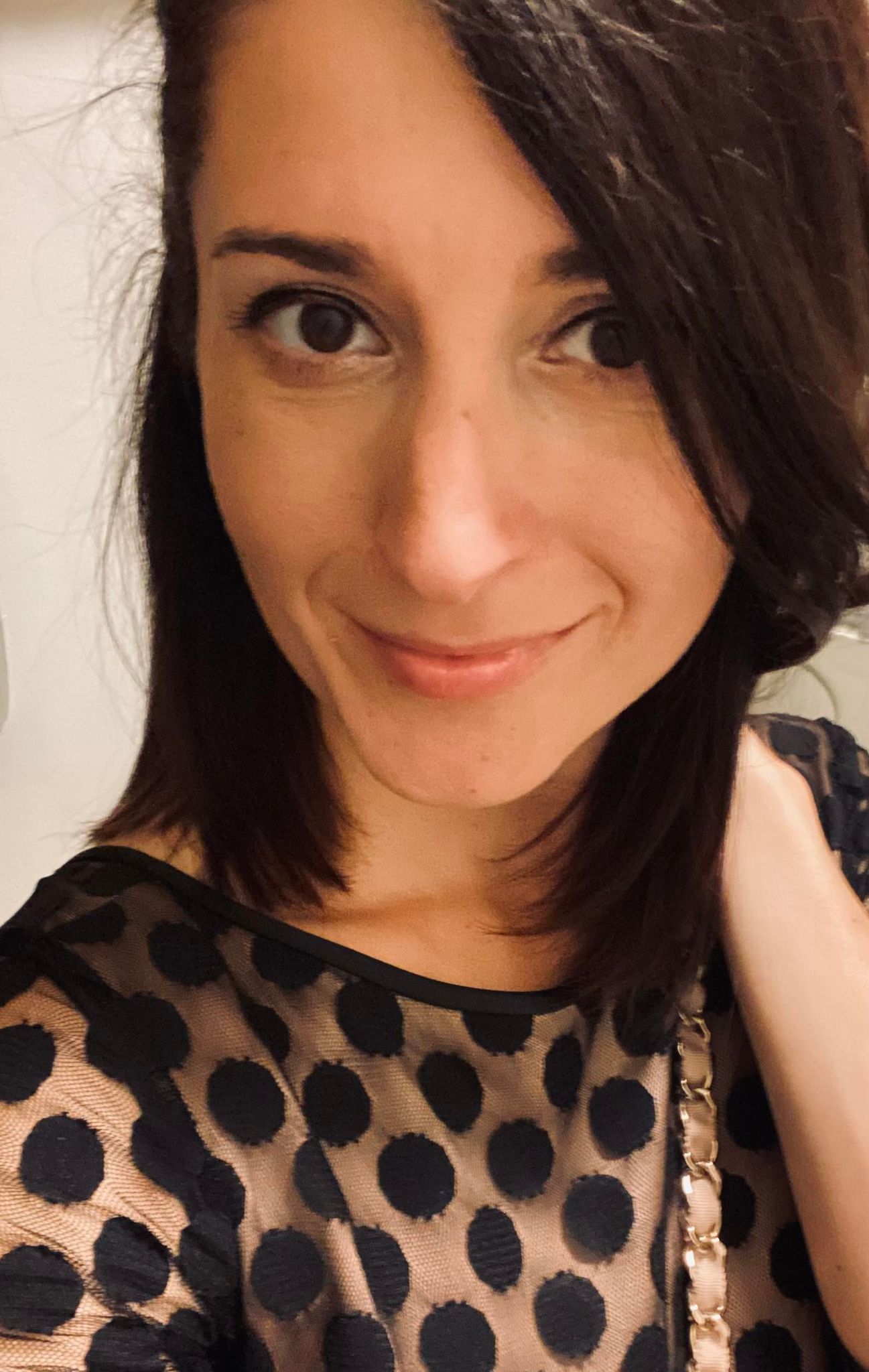 Anna grew up in a small town in Northern Bulgaria where the lively local festivities (sabors) and traditional ceremonies kindled her interest in folklore at an early age. Anna joined the town’s folk dance ensemble where she learned from accomplished choreographers and performed along experienced dancers throughout her youth years.

Upon coming to Boston to further her education, Anna became part of the esteemed Ahmet Luleci’s Collage Dance Ensemble, where she performed for 8 years on local and national stages . With the start of her own family in Boston, Anna felt the need to be more involved in the local Bulgarian community. This is when she joined Ludo Mlado, a Bulgarian folk ensemble led by Pepi Petrov and Marieta Mircheva. Anna connected with Ludo Mlado’s mission to preserve the rich dance traditions of Bulgaria. 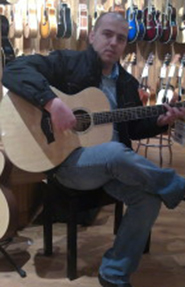 Svetlin has been with Ludo Mlado since 2009. He is very passionate about music and Bulgarian folklore.